A Soliloquy for Veterans – Part One 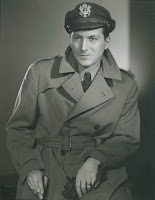 I first drafted Soliloquy, my vintage romance, well before I became fascinated by the actual events and logistics of World War II. Then I delved into the diary my late father-in-law kept during 1943/44 while he was stationed in England. A recently married fighter pilot, Howard Fogg flew seventy-six combat missions in P-47s and P-51s, escorting bombers into France and Germany.

What a blessing Howard’s diary became for me. My fascination for World War II flourished, which hopefully made the relationships in Soliloquy far more interesting. The diary also prompted me to collaborate with my husband Richard on a non-fiction project. Fogg in the Cockpit is a manuscript comprised of Howard’s diary entries with supporting information written by us. We’re in conversation with an aviation publisher and hopeful that we’ll have the opportunity to contract with them soon.

This week, to remember those who fought, including my own late father, William Perry, who served on the U.S.S. Jenkins in the South Pacific, I thought I would share a few of Howard’s diary entries.

A twenty-seven year old Lieutenant, Howard received his shipping orders on October 1, 1943. Secrets were held close; he couldn’t call his wife and the base was immediately sealed off. On October 7th Howard set sail for Europe.

October 1, 1943 – Friday – Westover Field, Massachusetts
Oh memorable of all Fridays when, unwittingly, and with promises of seeing her in Summit soon, I gaily kissed Margot farewell for the last time prior to shipping. Of course we’d have time off from Westover Field. Yes? Who dreamt that a week from tonight we’d be on the high seas Europe bound, with the family still waiting in Summit. Such is fate. But perhaps it was easier this way. No parting tears. No grief of certain parting. In any event, all was excitement and confusion as we prepared to board the train for Kilmer. Nineteen cars and B&M (Boston & Maine railroad) #4114 at 2:30a.m. All aboard!

October 7, 1943 – Thursday – New York Harbor
Goodbye New Jersey and, incidentally, the United States of America. We entrained at 1030, boarding the CNJ (Central Railroad of New Jersey) #827 pulling twelve cars. Traveled branch lines to Port Reading, then straight in to Jersey City and the noble ferry Bayonne to 43rd Street. Boarded the U.S.A.T. Argentina. She’s a good veteran of many war trips and a few running fights. Originally designed for 500 cruise passengers, she was enlarged to hold 4,000 troops, yet we find ourselves double-loaded with nearly 7,000 men. Conditions are really crowded. Men on all the decks, in the scuppers, men everywhere, but no one seems very upset except the 2nd Lieutenants. Poor guys.

What struck me was that once Howard received his orders, no communication was allowed. Families didn’t know where their husbands or fathers or brothers might be headed, not even what country. And they wouldn’t know for months. Communication from overseas was laborious and each letter scrutinized and censored. Yet spirits remained high as these men began their journey into combat.
Posted by Janet Fogg at 10:49 AM